The current Supply Chain Management Department was established in 2003 when it became mandatory that each Public Procuring entity should have a separate procurement unit. Before then some Procurement function used to be discharged by the tender office that was under Personnel while the rest was carried out by Finance Department.

As we move forward Procurement function will continue to become more strategic in the management of public affairs.

The late Mrs. Wairoma was the first Procurement Manager who held the position in acting capacity immediately the Procurement Department was established in 2003.  Mrs. Wairoma held the seat for less than one year.

The late Mr.Kimunga took over from Mrs. Wairoma in 2003  Mr. Kimunga also held the position in acting capacity until 2005.

Mrs Joan A Kanjejo took over from Mr Joseph Mokaya upon his retirement in January 2019. The appointment was in an acting capacity.

Ms Mary Kariuki took over from Mrs Joan Kanjejo with effect from August 2019 to July 2021 in an acting capacity.  She handed over to Mr Dickson A. Lugonzo when the position was elevated from Procurement Manager to Director, Supply Chain Management Services. 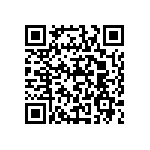